Home Heritage>Bobigny station: a place of memory, an admission of France's guilt in the deportation of Jews

Bobigny station: a place of memory, an admission of France's guilt in the deportation of Jews

Language: Visit in French only. 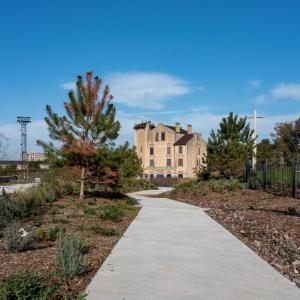 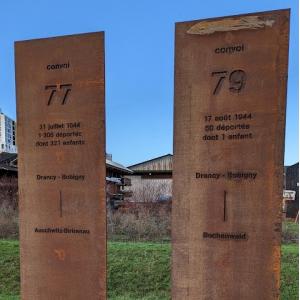 Bobigny station: a place of memory, an admission of France's guilt in the deportation of Jews
View date
Get an estimate for groups of 20 and more

Since summer 1943, twenty convoys carried about twenty thousand Jews in France to the extermination camps from Bobigny station. A very moving visit of the site shows you the almost mechanical system put in place by the Nazis to apply "the final solution ".

Seine-Saint-Denis still bears traces of this dark time of our history. The camp La Muette at Drancy, le Bourget and Bobigny train stations, Pantin cattle platform , the military square at the Muslim Cemetery, Fort de Romainville, these are as many emblematic places of Deportation and Resistance.

From Summer 1943 until Summer 1944, Bobigny station, a vast space housing freight and passenger railway stations, became the place for the deportation of Jews held at Drancy camp, located about 2 km away. It replaced le Bourget station and was used since March 1942 as the main deportation place of French Jews. In 13 months, 22, 407 men, women and children of all ages were embarked at Bobigny station, in convoys of sealed rail wagons which were to lead them to the Auschwitz extermination camp where the immense majority of them perished.

After Second World War, the 3.5 hectare site was used for industrial purposes by a scrap dealer who moved away in 2005. This place of memory is added in the Supplementary Inventory of Historical Monuments in France. It is the only example of a deportation station in France disused today and preserved as close as possible to its original configuration. In that respect, it is a unique site.

The visit will be the occasion to discover this site, its history, this contemporary archaeological site and projects put together by the «historical and memorial heritage" department in the town of Bobigny.

You should also check the guided tour about jewish immigration in the 19th district and the guided visit of the Drancy Shoah memorial.

And don't miss our other free guided visits and walking tours.