Fort de Sucy, built between 1879 and 1881, is part of the ‘second ring’ of fortifications around Paris, a defence system designed by military engineer General Séré de Rivières following the siege of the capital in 1870. Free guided tours on the first Sunday of the month. 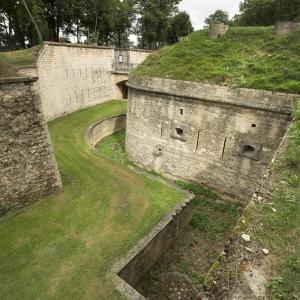 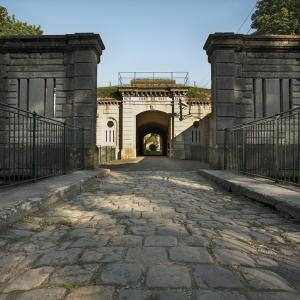 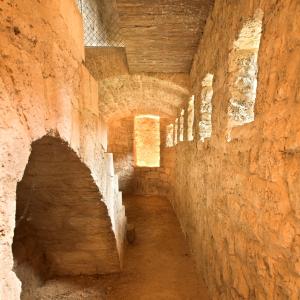 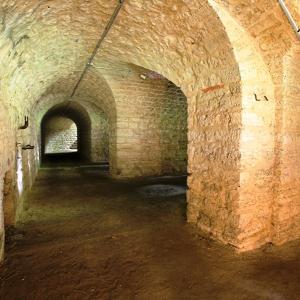 In 1870, during the Franco-Prussian war, the German army surrounded Paris and besieged the city for several months. Although a series of forts had protected the capital since 1840, they were too close to the city (2 km away on average whereas by this time artillery was achieving a range of 8 km). In 1870, the Germans occupied the village of Sucy-en-Brie, where they built a series of trenches. After the war, the French military commanders decided to construct a line of 18 fortified positions, known as the second ring, to protect the capital.

Fort de Sucy was built between 1879 and 1881. It is one of the last and finest examples of late 19th-century dressed stone military architecture. Its imposing entrance gateway, the casemates in the moat and the gun platforms still reflect the grandeur of the period.

Although not in the conflict zone during either of the world wars, the fort nonetheless played an important logistical role. The barracks could house up to 372 men and 10 officers. Unfortunately they were destroyed when an ammunition depot exploded in 1944.

The fort was abandoned by the army and left to become completely overgrown, before it was purchased by Sucy town council in 1970. Since 1996, volunteers have been working to restore the fort to its former glory and organize various events during the year.

The guided tour will take you around the remarkably well-conserved entrance gateway with its movable bridge, the moat and casemates, the gun platforms, an old bread oven and the stables.

Very interesting. A bit of history in an entertaining way for kids and adults. The hosts are kind to answer any question. I really recomend this visit.
Thank you.