Discover the history of the guinguettes in Paris and the atypical architecture of the banks of the Marne. 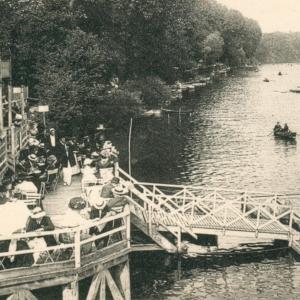 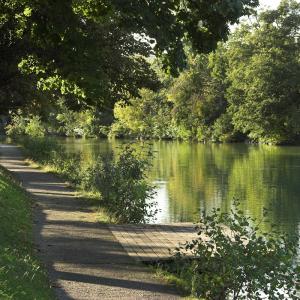 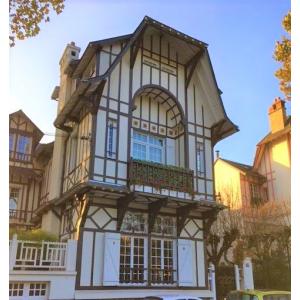 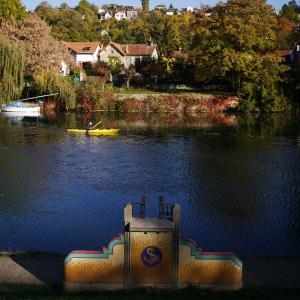 This video conference-call invites you to discover the Marne river banks during his golden age from the end of the 19th century to the middle of the 20th century.

Through several supporting documents and photos, your licensed guide will make you discover the typical French open-air cafés also known as “Guinguettes”. This type of establishment opened first in France on the Marne’s river banks. At that time, the success of the Guinguette was really important and in the following years, hundreds of them followed and opened in the Marne river banks. Thousands of Parisians used to enjoy the Guinguettes every weekend, as many do nowadays. There, you could dance, have a drink or share something to eat with friends or in family along the river.

Lots of activities and attractions were organised by the Guinguettes. The effervescence was that important that it inspired many impressionist painters of the 19th century.

Water related activities were also common on the Marne river, including several aviron, kayaking or canoe clubs which opened along the river in the 1870’s. Those activities could be practised for ludic or competition purpose. If the culture of the Guinguette decreased from the second part of the 20th century, the practice of nautical activities on the Marne river is still widespread nowadays. The area is still where you can find the most aviron clubs in France.

As popularity grew around the Marne river banks, first urbanisation projects of this zone quickly followed. Many houses were built with several architectures styles. The New Art is the most important and famous style used. It is quite famous because of his specific style and originality.
You will discover throughout this conference call the most beautiful houses of the Marne river banks.

This virtual conference, proposed by the guide Ivan Denat, will be carried out with the Zoom videoconference tool.

You will receive the access link to the virtual meeting as an attachment to your reservation confirmation email with all the technical details to access the Zoom tool. It is not necessary to install any application on your computer or tablet to access the meeting, just click on the link.