Street-art and hip hop cruise on the Ourcq Canal

As part of the Été du Canal summer event, in partnership with La Manufacture 111, we invite you to enjoy a musical round trip commented cruise from the Bassin de la Villette to the bridge of Bondy. 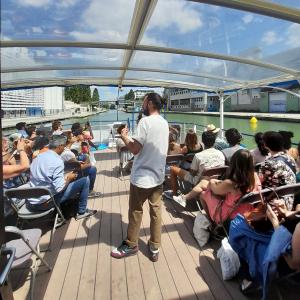 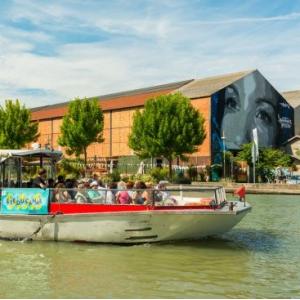 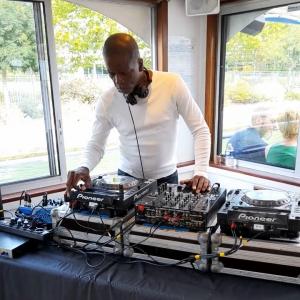 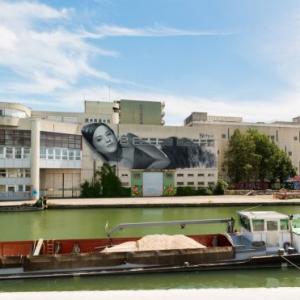 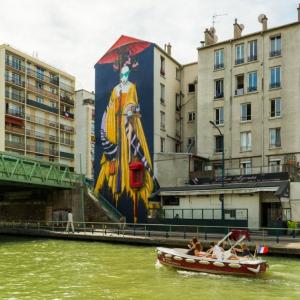 Hop on a cruise along the Ourcq canal with the stencil artist Nicolas Obadia, with whom you will discover the technical, stylistic and discursive diversity of urban art.

JP MANO, a lecturer specialized in urban cultures and the hip hop movement, will also be on board. Accompanied by a curated soundtrack, he will give you the keys to understanding the origins of street art in correlation with hip hop culture.

Nicolas Obadia and DJ JP Mano will explore the origins of Hip-Hop and outline the context and circumstances that will give birth to a culture that will spread around the world like wildfire.

Obadia and. JP Mano are back to tell the story of the explosion and the real economic boom of Hip-Hop that will be called "the golden age" in the USA as well as in France in the territories of 93. After the release of the first flagship songs and the first historical documents (books and photos).

The Ourcq canal is a privileged place for Parisian artists where private and public commissions and wild graffiti flourish.

This cruise is proposed by the Manufacture 111 within the framework of the l'Été du Canal. The Manufacture 111 is a center of urban creations, which organizes exhibitions, projections, live performances and fooding.

Learn more about the cruises during l'été du canal. You don't know what to do during your evening ? Hop on a street-art cruise that will drop you off at the outdoor movie theater of La Villette.

This year l'Été du Canal festival takes place from July 9 to August 14, 2022. For its 15th edition, this outdoor leisure festival reinvents itself to offer you a fun, cultural, sporting and festive summer. The Été du Canal is a key event during the summer in Ile-de-France. Every weekend, it offers a rich program of activities and events at the Bassin de La Villette, on and along the Canal de l'Ourcq and the Canal Saint-Denis.

This cruise is part of the bicentenary of the Ourcq Canal.