Guided visit along the Canal Saint-Martin

Discover the rich story of the Canal Saint-Martin in Paris... 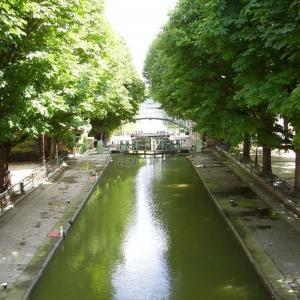 From the Rotonde de La Villette, remains of the Fermiers Généraux city walls from the end of the 18th century, to the house of the captain Jules Maigret and his wife located at 132 boulevard Richard Lenoir, the Canal Saint-Martin now peacefully flows in a romantic atmosphere.

Yet, it has not always been the case. Dig by order of Napoleon Bonaparte to bring clean water to Parisians (who were drinking water from the Seine river), the canal was first an industrial area. In 1955, Georges Simenon depicted this maritime business that no longer exists in a dark and oppressive atmosphere specific to Maigret’s investigations.

By following the famous detective’s footsteps, you will discover the story of this unknown quarter and the canal which has almost disappeared in favor of an urban highway in the 60’s. But also: converted workshops and warehouses, the mythical “Hotel du Nord” from Marcel Carné's movie, the ingenious system of the canal locks, Saint-Louis hospital construction requested by Henri IV, the Colonel-Fabien place replacing the Montfaucon gibbet place, the former Récollets convent converted into an artistic creation center or the left aisle of Gare de l’Est built in 1847.

Maigret is a fictional police detective created by writer George Simenon. First a novel character, it was then adapted for television.