Join Juliette Dubois on her movie-themed Ciné-Balade tour of the Latin Quarter and discover the locations that inspired Woody Allen for his film ‘Midnight in Paris’. Travel back to the Paris of the Roaring Twenties! 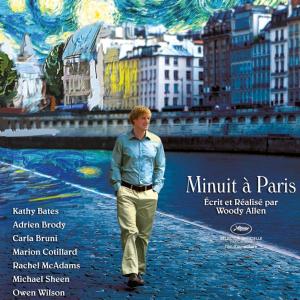 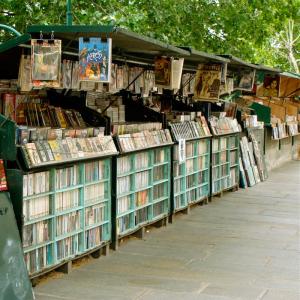 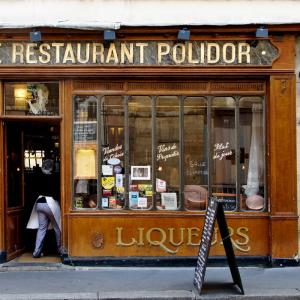 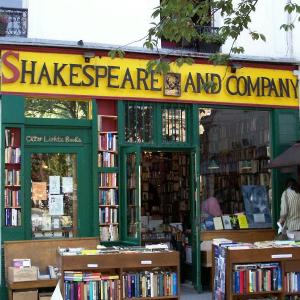 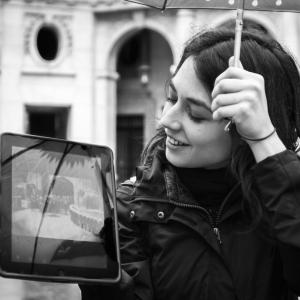 Paris’s Latin Quarter features in so many films. This guided tour revisits the movie sets, pays tribute to the city of light, and plunges into the magical fantasy world of director Woody Allen.

Ciné-Balade invites you to travel back in time, like the hero of ‘Midnight in Paris’, to the 1920s, known as the ‘années folles’ (crazy years). Meet the legendary writers and artists that lived in Paris at that time: Zelda and F. Scott Fitzgerald, Cole Porter, Ernest Hemingway, Pablo Picasso, Salvador Dalí, Henri de Toulouse-Lautrec, and many more. Juliette will tell you all about the history of the neighbourhood and add some cinema history too.

For example, the tour takes in the Polidor restaurant, which was used as a movie location, the Pantheon movie theatre, the stairs where the emblematic scene of the film was shot, the banks of the Seine, and the Shakespeare and Company bookshop.

Walking tour with photos and video clips on digital tablet.

Juliette Dubois is a former production assistant with a master’s degree in the history of cinema. She created Ciné-Balade 11 years ago, and is passionate about sharing her knowledge with visitors. Stroll around Paris with her and immerse yourself in the history of the cinema. Discover the unique destinies of the stars of the screen and hear stories, some frivolous, some serious. Share her passion and find out why Paris attracts all the cameras.

We did a company live virtual tour of Paris with Juliette who did an amazing job! Her knowledge of Paris and cinema history was outstanding. She went out of her way to customize her tour to fit it in our 1-hour time frame and she could not have been easier to work with. Highly recommend her tours to all! Excited to visit Paris in-person :)

To all Woodie Alen fans: this is a must see tour! If you love the film, your guide Juliette will give you a lot of interesting facts and will provide some historical background behind some of the characters and events from the film. You will walk through the most memorable locations of the film (take Instagrammy pictures of course!) and will surely visit them again afterwards. Juliette is a great guide who knows a lot, a lot about the history of cinematography and the general history of art and culture as well as some hidden gems of this amazing city. All in all, undoubtedly a great experience!

I enjoyed the tour very much, it is a wonderful way to discover Paris. Juliette is very professional, knowledgeable and interesting, passionate about what she does. I highly recommend this tour and will continue exploring Paris with Ciné-Balade.